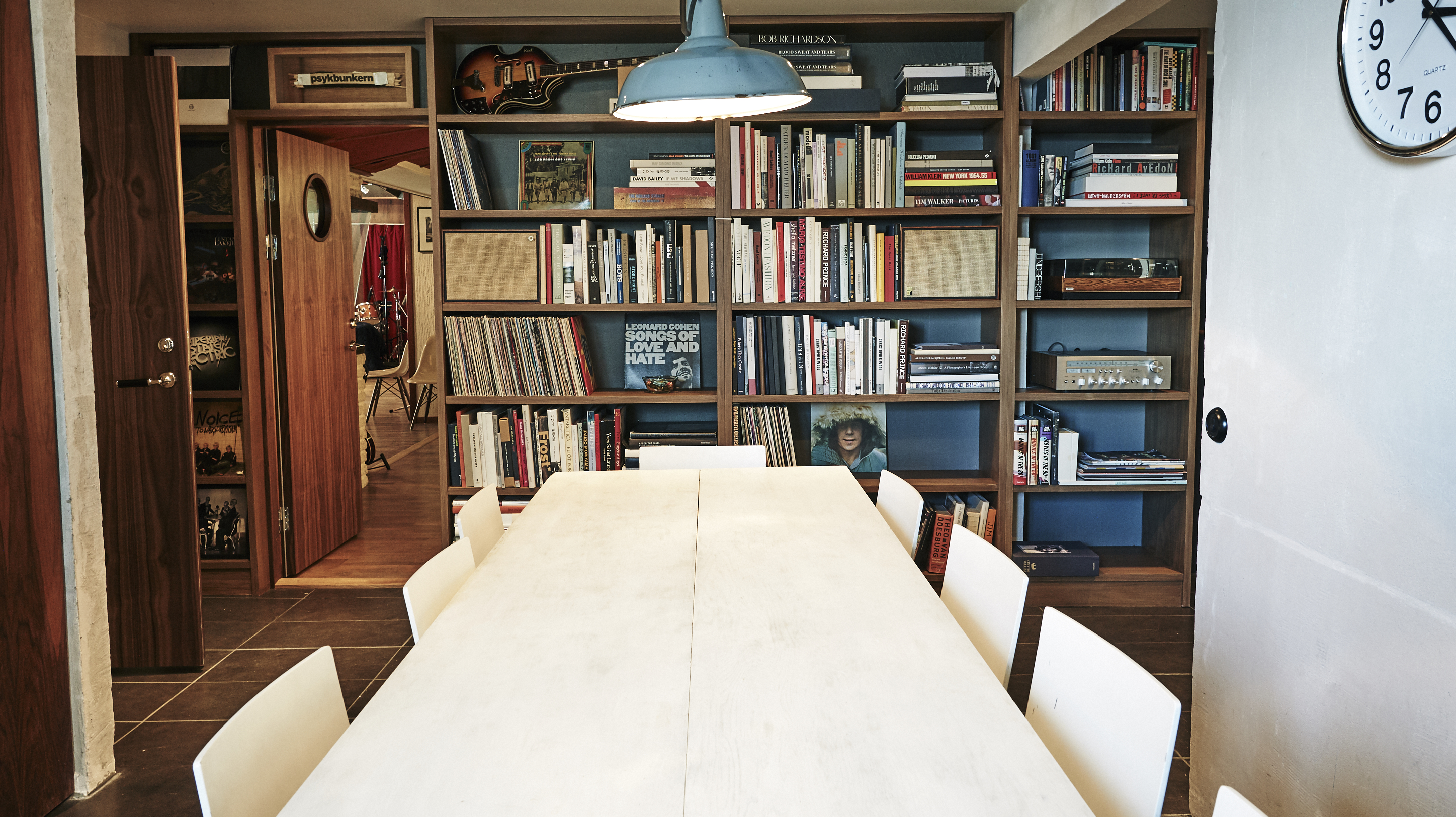 It isn’t just the studio rooms that’s changed. After most of Kent left the building last year, guitarist Sami Sirviö and producer Stefan Boman remained here. Together with creative director and photographer Jörgen Ringstrand they started a new company with a clear vision of how they wanted the business of music and recordings to be orchestrated from now on. They also brought in Peter Ejheden, and with him came artist friendly ideas about how to run the record label and publishing.

The Park Studios Company is divided into some closely knit departments. The self-explanatory Park Studios runs recordings and rehearsals in all studio facilities, Park Musik works with music composition for film, video and brands, psykbunkern is the record label and publishing company, which is cooperating with AWAL/Kobalt for both the digital distribution and the publishing administration. Park Live is our live music club where we will host showcases, release parties and selected concerts at various venues, and sometimes upstairs at the neighbouring Park Folkets Hus. Being able to run a professional studio, a music composition company, a record label and a publishing company from one single space will produce great opportunities for both us and the artists and composers that we work with.

The Kent Years 2004-2016:
In 2004 Swedish band Kent and producer Stefan Boman, formerly at Polar Studios, decided to buy the Park Studios and during these years most of the Kent records was rehearsed, recorded and produced in the Park Studios. Du & Jag Döden, The Hjärta och Smärta EP, Tillbaka till Samtiden, Röd, En Plats i Solen, Jag Är Inte Rädd För Mörkret, Tigerdrottningen and Då Som Nu För Alltid are all completely or in parts made at Park Studios, or Psykbunkern as it became known. Videos and photo shoots were sometimes made here, and production rehearsals for tours as well.

The Park Studios became the home of both great creativity and great production, and that is how we will keep it, but now open for anybody to record, write, produce, mix or to rehearse in this amazing environment.

We have moved our activities to Atlantis Studios.

For bookings, please visit:
atlantisstudios.se
Click here if you still want to visit the old site

We have moved our activities to Atlantis Studios.

For bookings, please visit:
atlantisstudios.se
Click here if you still want to visit the old site